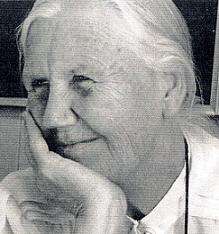 This series follows the pattern and work of Professor Elise Boulding as presented in her seminal work: Building a Global Civic Culture: Education for and Interdependent World, Chapter 4, Conflict, Diversity, and Species Identity. This particular work was chosen because it attempts to shed light on several elements of the human experience that, when more thoroughly examined and better understood, will find ways to systematically deal with diversity and conflict, of what divides people and what can be done to heal the divisions.

Prof. Boulding asks: "Is it possible for human beings to develop a species identity that will not override, but rather crown, their other identities?" Her answer is yes because "The concept of a global civic culture requires the acceptance at some level of a shared identity with other human beings". She then explores this problem by looking at some of the major categories of issues that have been the basis for divisions among humans: ethnic and racial identity, religious identity, and gender identity, considering these as being the bases for developing a shared civic identity across differences on a global scale in various traditions associated with civilisations, upon which to reflect on what a species identity might look like. In this regard, we have added our views as supplements to Prof. Boulding's work.

Here at Prallagon, our entire organization and its core functions are based on the oneness of humanity, the guiding principle that leads us to explore various aspects of the human experience. We strive to reveal those unifying human commonalities and sustaining spiritual elements inherent in human nature, as these provide bedrock for our projects and programs. The idea is to provide you, the reader, with a wider range of concepts and principles in order to broaden horizons and stimulate ideas on ways to perpetuate a global concousness of humanity as one family; while reconizing human diversity, its vast complexities and diverse natures, as the primary source of talents, abilities and capabilities, when developed over time becomes the prime resource needed to achieve systematic milestones upon which to advance towards higher levels of progressives futures.

Four-Part Series
The Series includes four separate files to limit file size. It also
lessens the time for downloading. Click on each Title to access PDF.
(Each series will be available for download when completed)

This publication can be found at 'Prallagon:LibraryThing', search under Title, Author, ISBN. Many works referenced on this website can also be found there, offering the reader an opportunity to explore and gain insight into current thinking on requirements and methodologies needed to plan and create those sustainable pathways required to secure global human development in a global context.